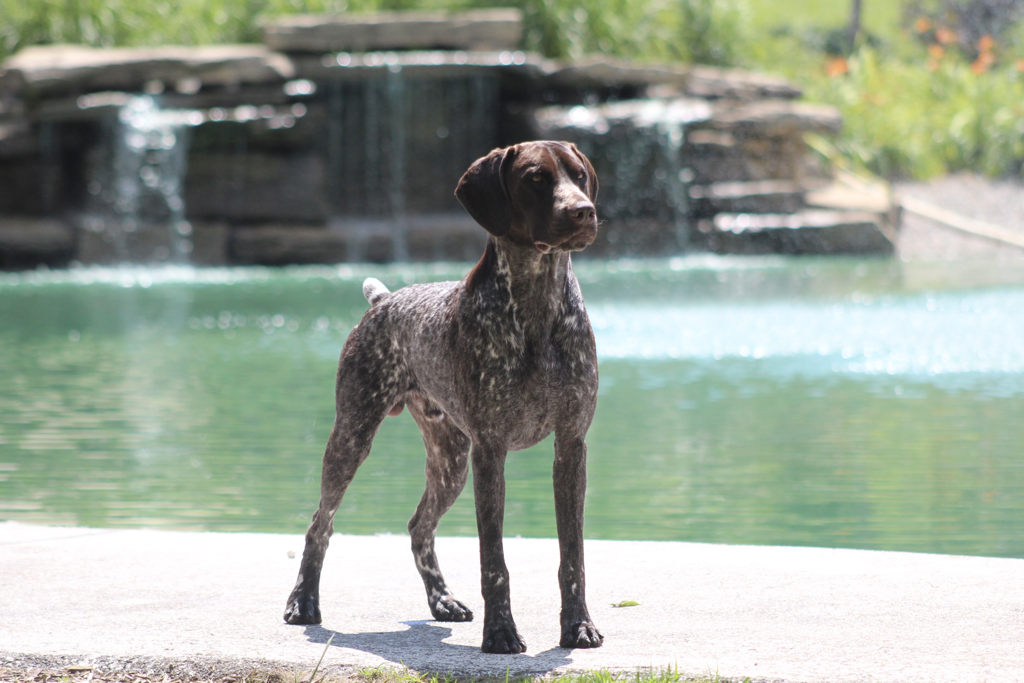 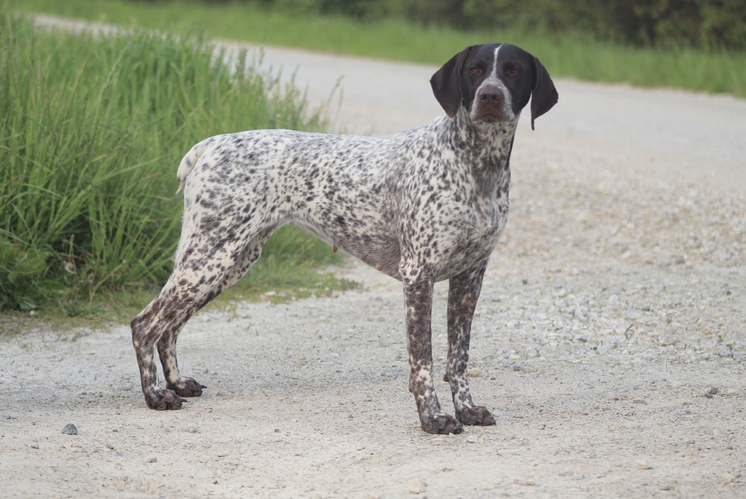 Health Clearances: Too Young
We knew from early on that Blaise was going to be a special dog. From just 4 weeks old he was a bright, bold, outgoing puppy who would spend his time either looking his next adventure, strutting his stuff in that ever happy way he had or finding the coziest lap to situate himself on. With that in mind, we knew that he needed a special home that would allow him excel to his fullest potential; something that his mom Cris has done exceptionally!

In just a year he has exceeded our wildest dreams and we are so enjoying every moment of it! Starting his show career as the youngest puppy in the ring he won his first (of multiple) Best Baby​ Puppy in Groups at the London Canine Association.
His first day showing in the classes was at the GSPWNY Specialty show where he went back to back Reserve Winners Dog to the major twice and Best of Opposite in Sweepstakes, having just turned 6 months old that weekend!

Blaise achieved his Championship in Canada quickly, finishing by winning Best of Winners at the GSP Regional Specialty show under judge Barbara Dempsey-Alderman when he was 8 months old.

Taking a break in 2020 he is just a few points shy of his Grand Championship.
​ Blaise is always owner/handled! 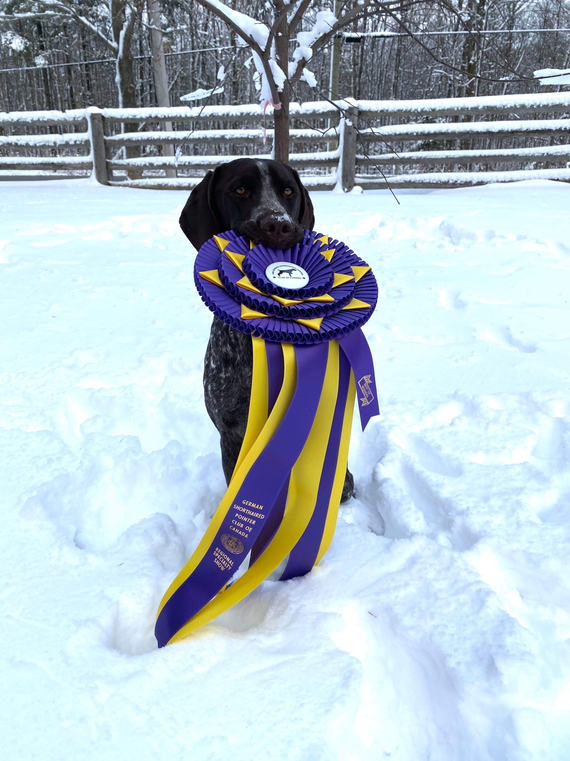 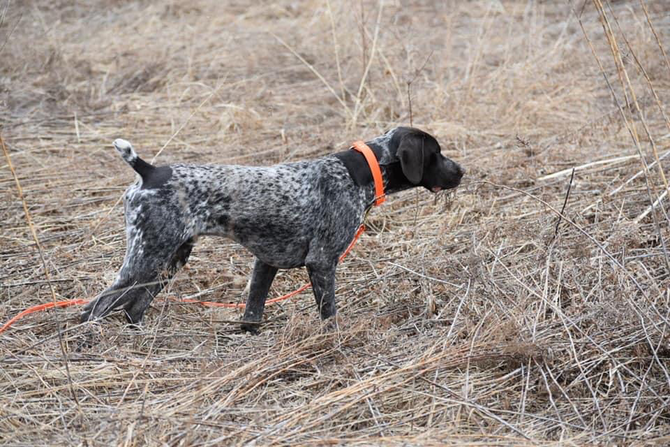 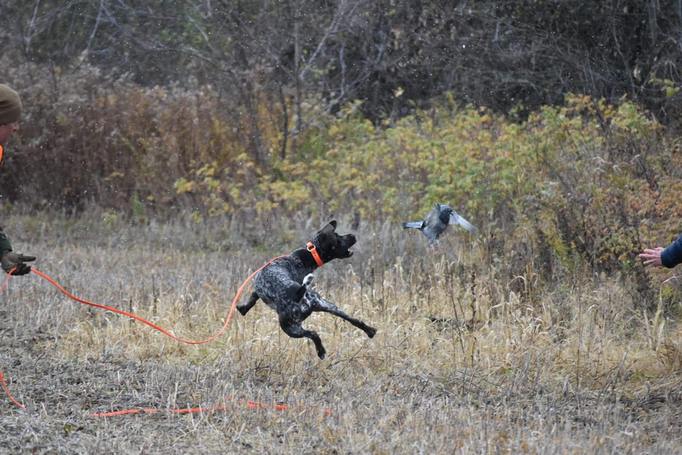 More than just a pretty face, Blaise has been started on birds and is showing lots of promise as they work towards running some Hunt Tests later this year. Additionally, he picked up his first RN Q at his first rally trial, at 10 months old!

His first year has included many great feats and we are so excited to watch him​ mature and grow and see all the great things this boy and his owner accomplish.

The future is limitless!

Blaise is co-owned and loved by Cristina Ralph. 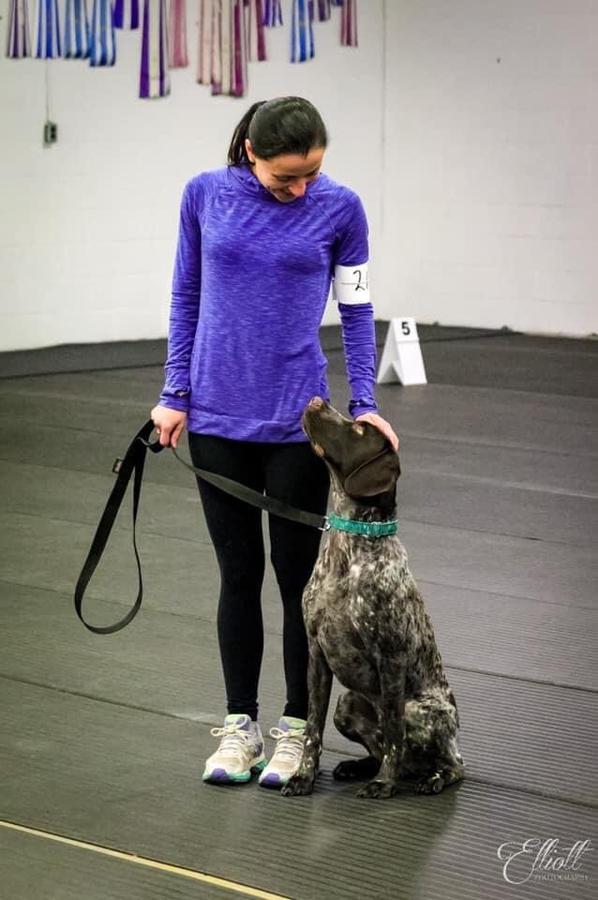