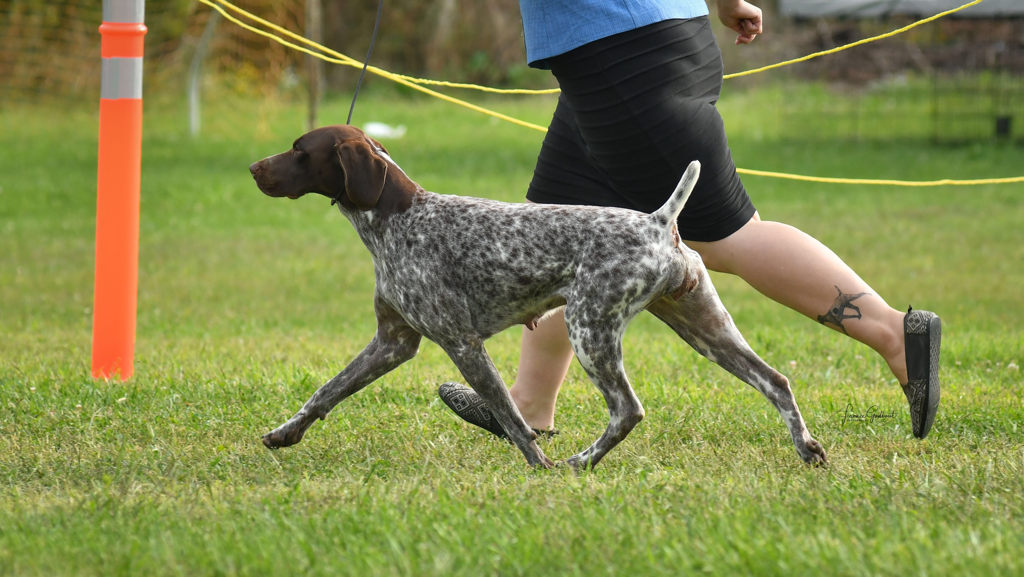 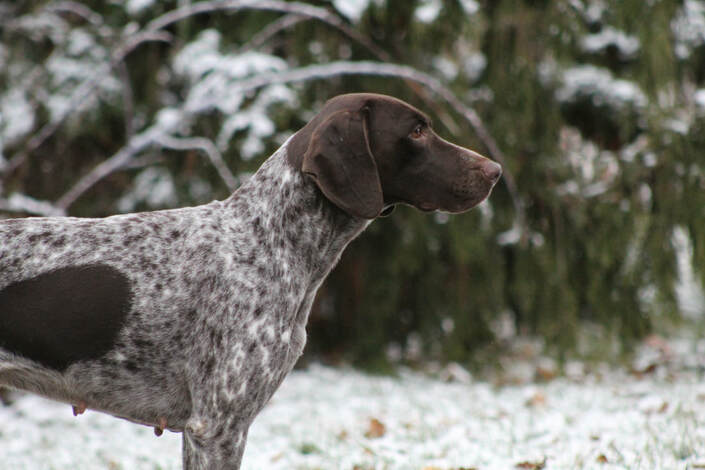 As of 2021, after 3 beautiful litters which have produced field titled, champion and grand champion, multiple group placing, best puppy in show, top 25 ranked and the #1 OH GSP in AKC 2020, Sydney is officially retired and a happy grandma to future puppies!

Sydney is everything I could have possibly imagined and more when I first inquired about a puppy from this litter. Her pedigree speaks for itself with many notable dogs that we've long admired in it. It's safe to say our expectations were high and Syd has not disappointed us in the slightest!

​This little girl has everything that I want to see in a Shorthair, exemplifying breed type with a feminine, refined outline, fantastic topline and movement that is to die for - she glides around the ring and oozes presence with her flashy look-at-me attitude! 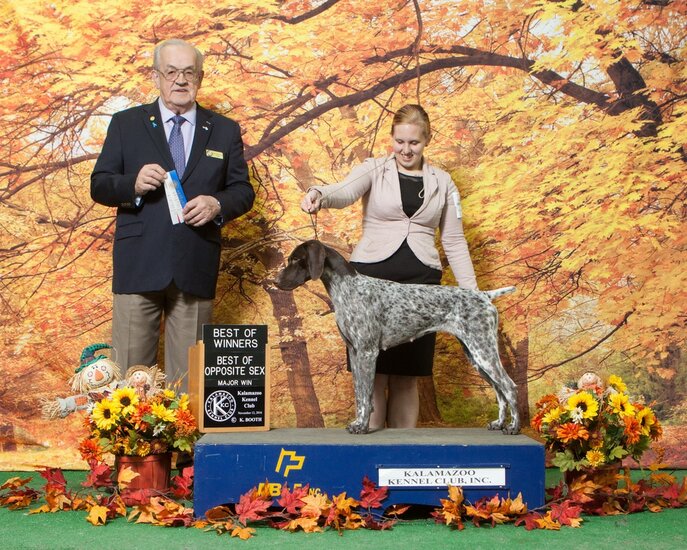 Sydney started her show career with a bang! At her very first show as a baby puppy she took Best Baby Puppy in Group at just under 5 months old. Shortly after, her first show in puppy classes she took BOW at Elora Gorge Kennel Club the two days she was entered, going on to win two Puppy Group 3's as well.

It was all smooth sailing afterwards, as she picked up the rest of her points with ease, winning two Sporting Puppy Groups with many compliments from judges on her clean movement and lovely type along the way, before finishing her Canadian Championship with a Best of Breed win over a Special, with limited showing ​ on the weekend of her first birthday! 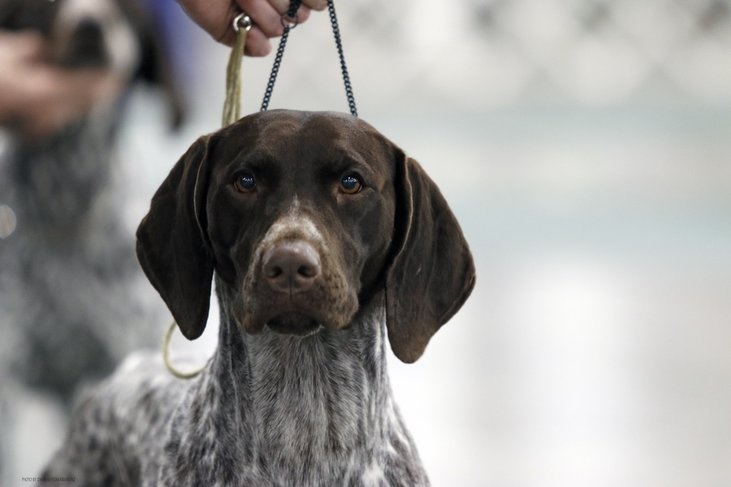 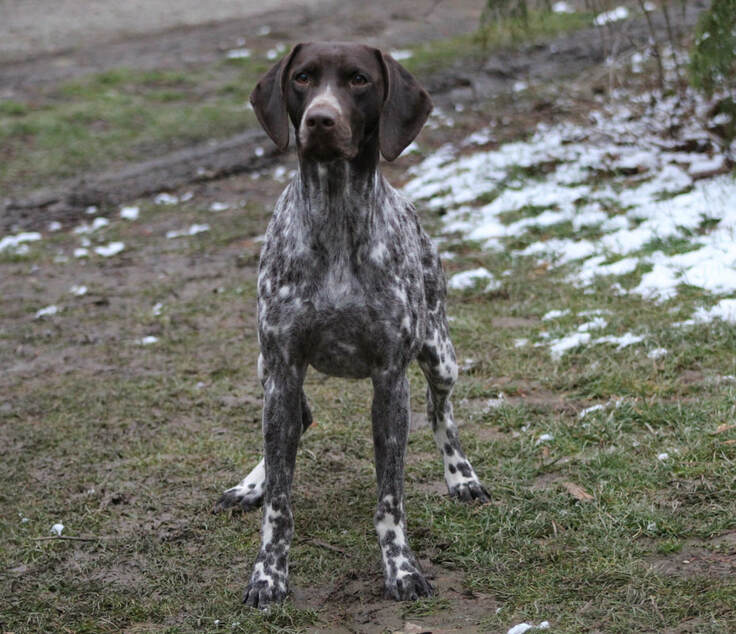 Syd came back out to play in the US summer 2016, taking BOS for her first American points in Toledo - at her very first show stateside, A couple months after we venured back to the Canadian ring and made the FINAL CUT out of a huge entry of GSP's at the Canadian National Specialty show, her first time out as a special at only 16 months old, against some of the top dogs in Canada! 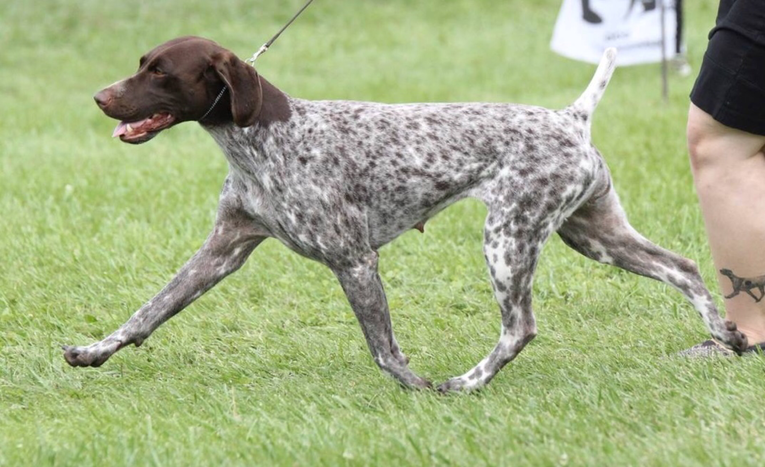 Syd finished her American Championship in Style taking WB for a 4 pt Major at the Sporting Dog Association of Michigan in Monroe (finishing with a total of four majors), outdoing herself the next day by going BOS her ​very first day as a Special for a 4 pt. GCH Major! 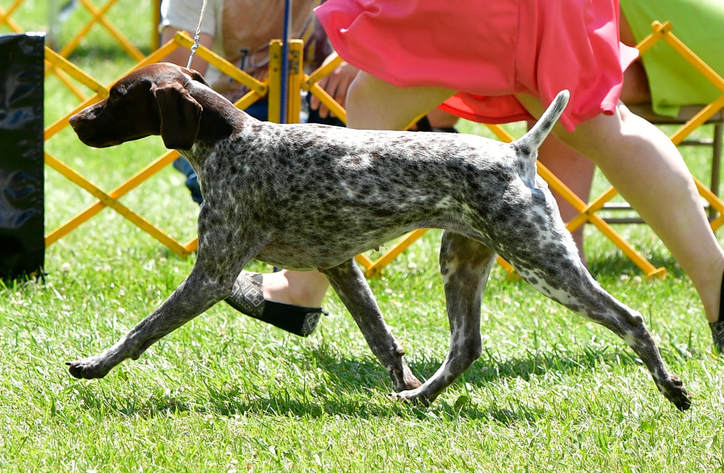 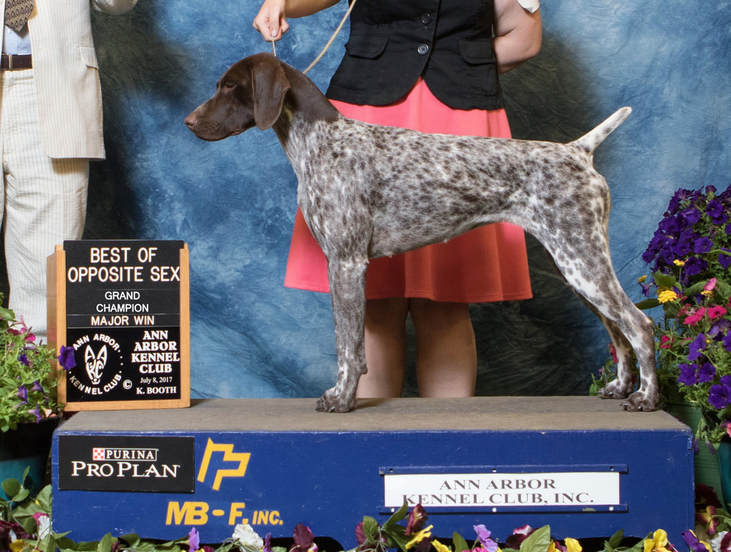 After taking several months off to have her first litter, Sydney kicked off her US Special's career at the start of 2018 taking Select at the German Shorthaired Pointer Club of Michigan Specialty among a HUGE, competitive entry!

In a total 3 days as a Special in the US she has 9 points and 2 GCH majors down.

She was shown selectively throughout Canada in 2018, finishing her Grand Championship with two Award of Merit placements at two different GSPCC Regional Specialty shows and BOS at the Canadian Nat’l supported entry. 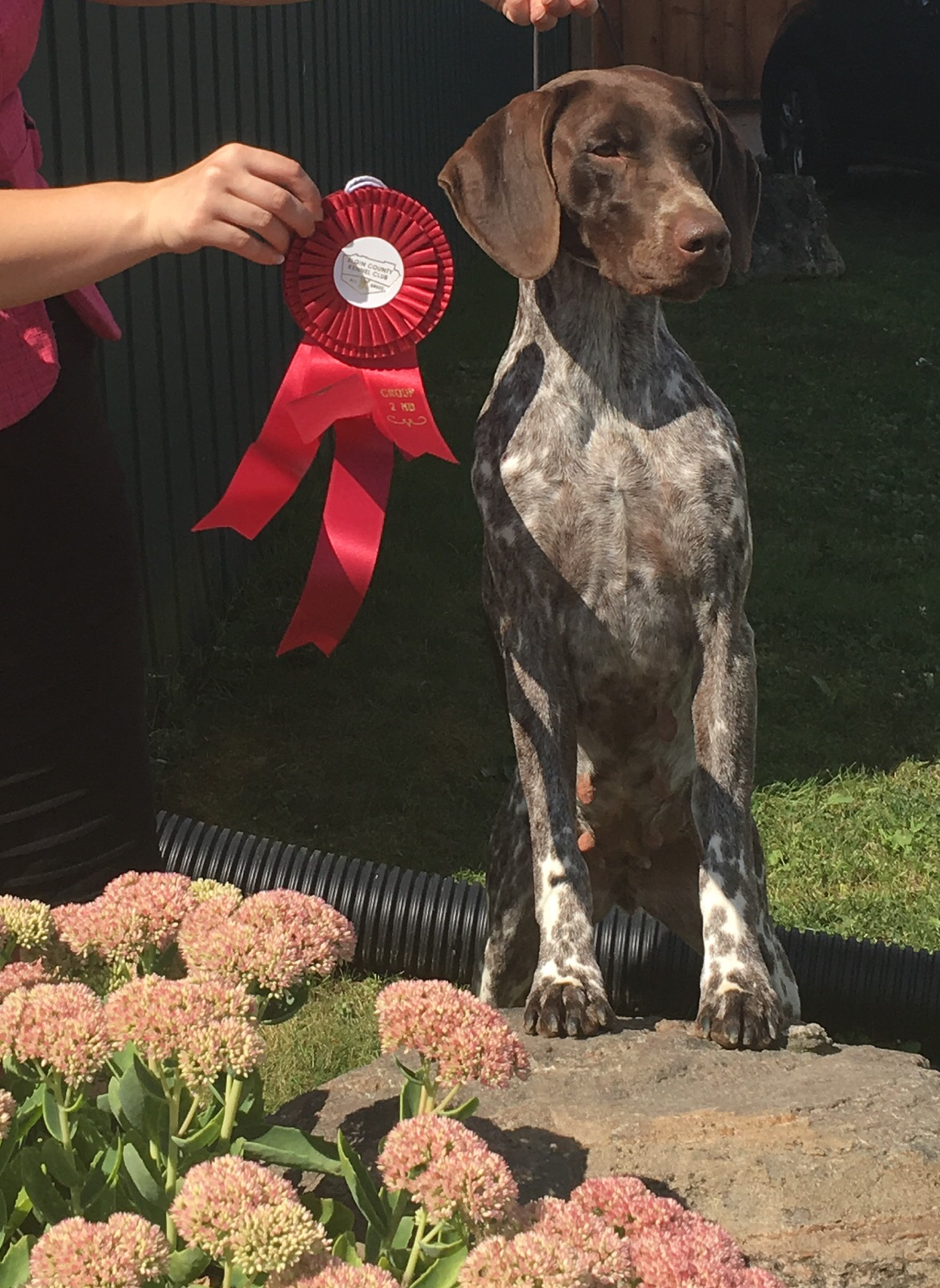 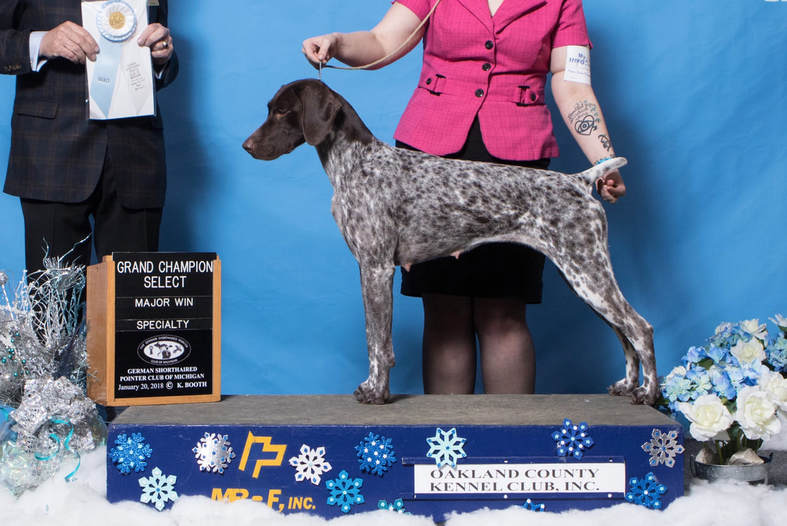